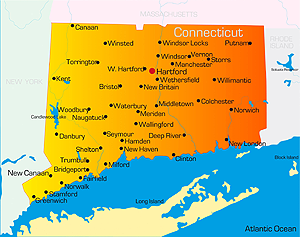 The state legislature has incepted laws requiring state agencies to give preference to AFVs when purchasing vehicles and set emission reduction requirements that include AFVs.
Vehicles 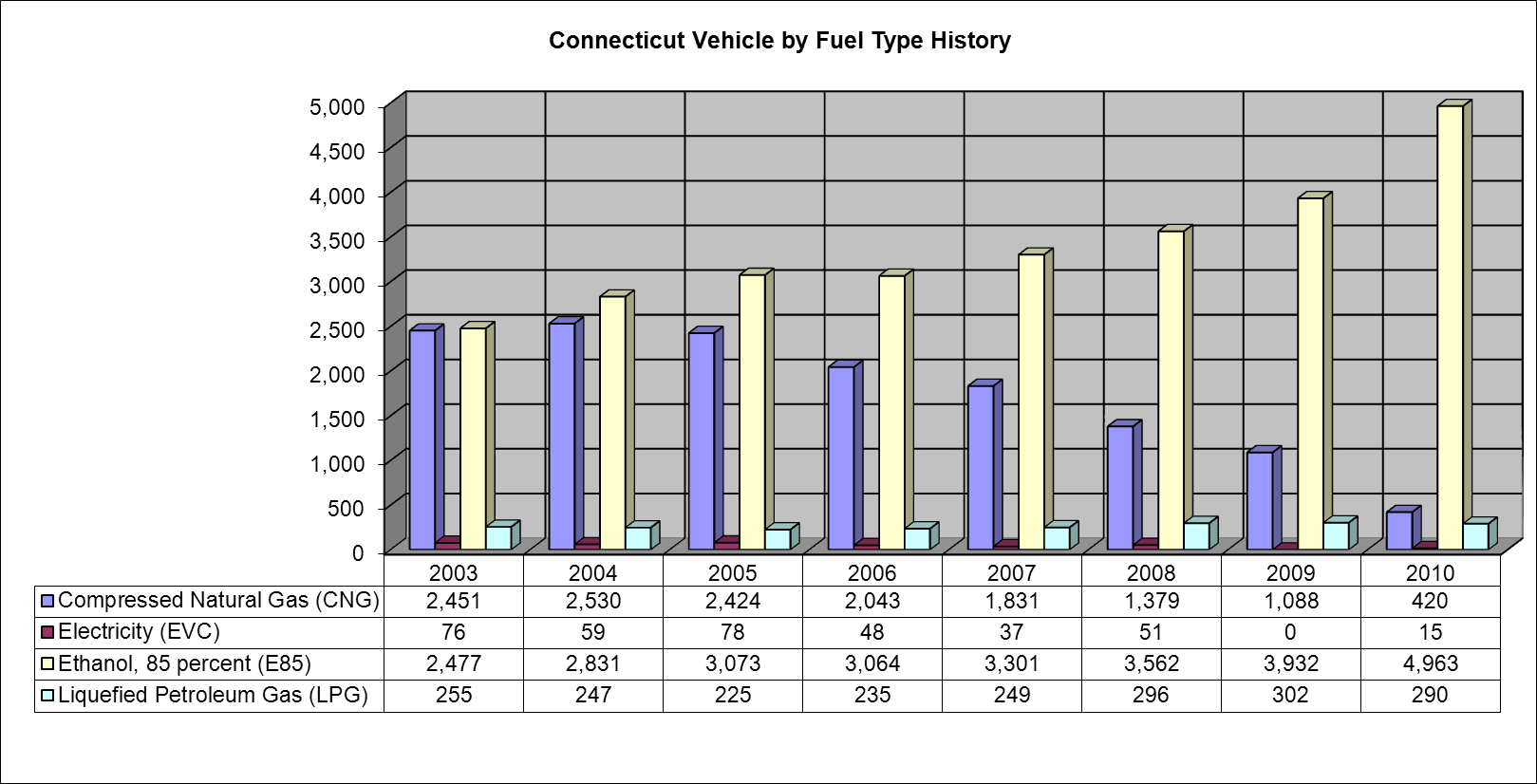 IFTA - IFTA taxes are applied to vehicles of 3+ axles, or weighing more than 26,000 pounds. IFTA tax tables can be found here.

Incentives from past years

The Connecticut Clean Fuel Program (Program) provides funding to municipalities and public agencies that purchase, operate, and maintain alternative fuel and advanced technology vehicles, including those that operate on compressed natural gas, propane, hydrogen, and electricity. The Program also provides funding to install diesel retrofit technologies, including diesel particulate filters, diesel oxidation catalysts, and closed crankcase filtration systems. Diesel retrofit technologies must be certified by the U.S. Environmental Protection Agency or the California Air Resources Board to be eligible for funding.

The Connecticut Clean School Bus Program was created to: 1) establish grants for municipalities and local and regional school boards for reimbursement of the cost of retrofitting full-sized school buses that are projected to be in service on or after September 1, 2010; 2) develop and implement an outreach plan and educational materials, and; 3) assist municipalities and local and regional boards of education and bus companies in retrofitting their full-sized school buses. (Reference Connecticut General Statutes 22a-21j through 22a-21k)

In determining the lowest responsible qualified bidder for the award of state contracts, the Connecticut Department of Administrative Services may give a price preference of up to 10% for the purchase of AFVs or for the purchase of vehicles powered by fuel other than a clean alternative fuel plus the conversion equipment to convert the vehicles to dual or dedicated alternative fuel use. For these purposes, alternative fuels include natural gas or electricity used to operate a motor vehicle. (Reference Connecticut General Statutes 4a-59)

Cars and light-duty trucks that a state agency purchases must: 1) have an average U.S. Environmental Protection Agency estimated fuel economy of at least 40 miles per gallon; 2) comply with state fleet vehicle acquisition requirements set forth under the Energy Policy Act of 1992; and 3) obtain the best achievable fuel economy per pound of carbon dioxide emitted for the applicable vehicle classes. Alternative fuel vehicles (AFVs) that the state purchases to comply with these requirements must be capable of operating on an alternative fuel that is available in the state.
In addition, at least 50% of all cars and light-duty trucks that the state purchases or leases must be hybrid electric vehicles, plug-in hybrid electric vehicles, or capable of using alternative fuel. All AFVs purchased or leased must be certified to the California Air Resources Board's (ARB) Ultra Low Emission Vehicle II (ULEV II) standard, and all light-duty gasoline vehicles and hybrid electric vehicles the state purchases or leases must be certified, at a minimum, to the California ARB ULEV II standard. Beginning January 1, 2012, the required percentage of alternative fuel or advanced vehicles increases to 100%. The Connecticut Department of Administrative Services must report annually on the composition of the state fleet, including the volume of alternative fuels used.
Vehicles that the Connecticut Department of Public Safety designates as necessary for the Department of Public Safety to carry out its mission are exempt from these provisions.
(Reference Executive Order 22, 2009, and Connecticut General Statutes 4a-67d)

Each full-sized school bus with an engine model year of 1994 or newer that transports children in the state must be equipped with specific emissions control systems, including either: 1) a closed crankcase filtration system and a level 1, level 2, or level 3 device; 2) an engine that the U.S. Environmental Protection Agency (EPA) has certified as meeting Model Year 2007 emissions standards; or 3) use of compressed natural gas or other alternative fuel that EPA or the California Air Resources Board has certified to reduce particulate matter emissions by at least 85% as compared to ultra-low sulfur diesel fuel. (Reference Connecticut General Statutes 14-164o)

Amends requirements relating to electric vehicles and electric vehicle charging stations. Imposes deadline on timing of PUC rulemaking on time of day rates for electric charging, requires state to align its rules for dispensing electricity to rules adopted in Handbooks 44 and 130 by the NCWM. Also makes changes relating to parking gaseous fueled vehicles in indoor facilities but exempts natural gas and hydrogen; natural gas was already exempt but bill adds hydrogen. Reference - HB5510 Bill History, Reference - HB5510 Bill TextStatus: to Joint Committee on Energy and Technology 3/2/16; to Office of Legislative Research and Fiscal Analysis 4/4/16. Status: passed House and Senate as of 5/4/16, 2016-06-07 - Signed by the Governor

Biennium Budget Measure. Amends existing tax credit to enterprise zones that include among other things clean technologies such as advanced transportation vehicles or alternative fuels. There are number of qualifying factors that must be met in order to realize tax credits. This budgetary measure was introduced and passed by both houses on 12/8/15 under emergency procedures. The Governor issued press release commending the legislature on its action so the assumption is that he signed it. Reference - SB1601B Bill History, Reference - SB1601B Bill Text

Establishes natural gas pilot program in up to three municipalities in partnership with a natural gas utility. This description is based on bill offered last year. Authorizes a NGV Pilot Program with up to 3 local municipalities to purchase 10 or more NGVs and work with local gas utility to provide fueling infrastructure. Reference - HB5589 Bill History, Reference - HB5589 Bill Text Failed deadline

AFV purchase requirements. Concerns the state fleet and mileage, fuel and emission standards; eliminates the minimum gas mileage requirement for cars and light duty trucks purchased as part of the state fleet, extends by four years (from 2012 to 2016) the deadline by which one hundred per cent of such vehicles shall be alternative-fueled, hybrid electric or plug-in electric vehicles and expands the exemption from the mileage, fuel and emission standards to include all law enforcement or emergency response vehicles.Reference - SB430 Bill History, Reference - SB430 Bill Text 3/6/2013 subst. reinstates the fuel economy provision and sets 2016 compliance date