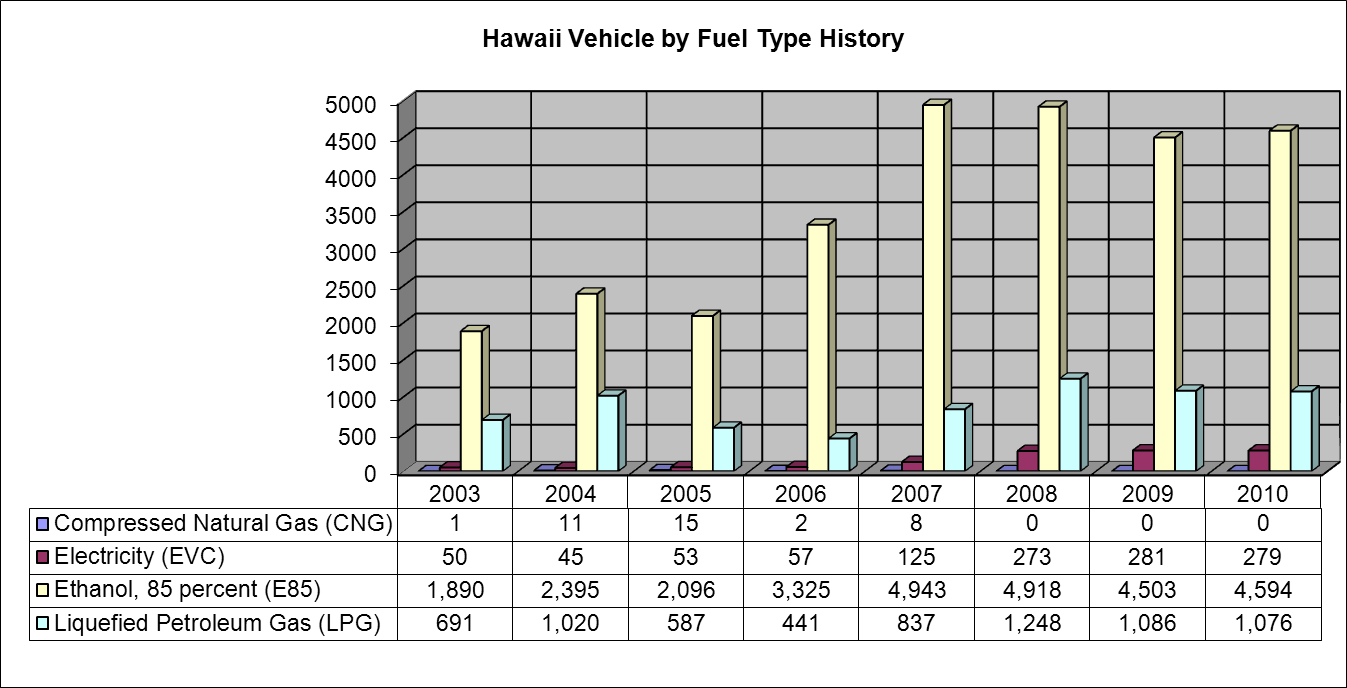 
IFTA - IFTA taxes are applied to vehicles of 3+ axles, or weighing more than 26,000 pounds. IFTA tax tables can be found here.
Incentives

Hawaii does not currently offer any incentives for natural gas vehicles.

State and county agencies must purchase light-duty vehicles that reduce petroleum consumption and meet the needs of the agency. The priority to be used for purchasing such vehicles is as follows:

Exemptions may apply. State agencies must purchase alternative fuels and ethanol blended gasoline when available, evaluate a purchase preference for biodiesel blends, and promote the efficient operation of vehicles. For the purpose of this requirement, an alternative fuel is defined as an alcohol fuel, an alcohol fuel blend containing at least 85% alcohol, natural gas, liquefied petroleum gas (propane), hydrogen, biodiesel, a biodiesel blend containing at least 20% biodiesel, a fuel derived from biological materials, and electricity from off-board energy sources. (Reference HHawaii Revised Statutes 103D-412 and 196-9)

The state of Hawaii has signed a Memorandum of Understanding

(MOU) with the U.S. Department of Energy to collaborate to produce 70% of the state's energy needs from energy-efficient and renewable sources by 2030. This effort is part of the Hawaii Clean Energy Initiative. The goals of the partnership include defining the structural transformation required to transition the state to a clean energy-dominated economy; demonstrating and fostering innovation in the use of clean energy, including alternative fuels; creating opportunities for the widespread distribution of clean energy benefits; establishing an open learning model for other states and entities to adopt; and building a workforce with cross-cutting skills to support a clean energy economy in the state.

For other alternative fuels, the rate is based on the energy content of the fuels as compared to diesel fuel, using a lower heating value of 130,000 British thermal units per gallon as a standard for diesel, so that the tax rate, on an energy content basis, is equal to one-quarter the rate for diesel fuel. Counties may also impose additional taxes. (Reference Hawaii Revised Statutes 243-4)